September 01, 2009
Anyone with two wheels in west London will know about Richmond Park. It's a splash of cool green in the middle of suburban concrete. 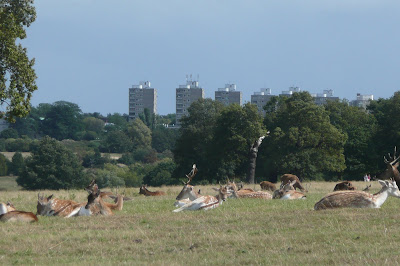 It's surrounded by Roehampton high rises, A3 traffic jams and endless residential streets. On the proverbial clear day, you can see the London Eye, BT Tower and Canary Wharf from the middle of the park. 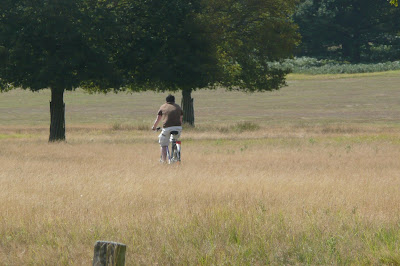 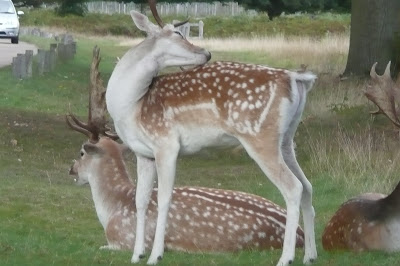 It's home to a wide variety of wild - and not so wild - life. Rabbits, badgers, woodpeckers, squirrels, foxes, ring-necked parakeets, magpies and herons live there. 350 fallow and 300 red deer roam the park at will. They've been in the area since the 17th Century when Charles I enclosed the land for easy hunting. It remains one of the largest enclosed parklands in Britain. 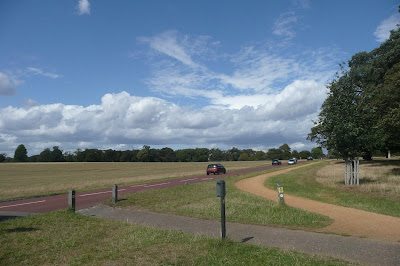 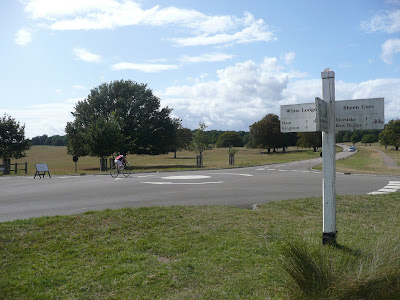 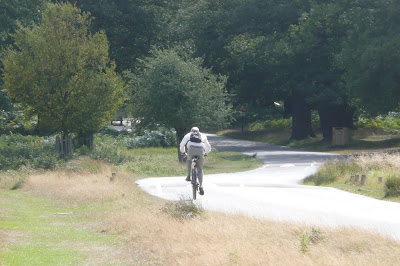 At the weekends Richmond Park is rammed with cyclists on the metalled roads, as well as on the off-road Tamsin Trail. Groups of club riders, most notably from London Dynamo, whiz round the perimeter in fully-fledged peleton formation. Scattered bunches of Kingston Wheelers can also be spotted testing their legs against the park's modest number of moderate climbs.

There's a 20mph speed limit which many car drivers obviously find frustrating (I've lost count of the number of times I've been overtaken whilst driving round). 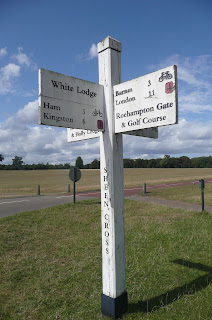 The police carry out regular speed stops on people who just can't bear the thought of obeying a perfectly reasonable limit within the park's idyllic, sleepy confines. They've also been known to nab bike riders who get
carried away in time trial mode and push their speed up towards 40mph on some of the down-hills.

I regularly join the Lycra louts circumnavigating the park at weekends and in the evenings. I also use it as my main route to 'the office'. As a night shift worker this can prove interesting. I often find myself cycling through the dark from Roehampton to Kingston Gates at midnight, or even later. Many people assume the park is shut overnight but that's just for cars. The main gates at each entrance are locked every day at dusk - with the closing times displayed on boards. It's with a sinking heart each year that I notice these times starting to get earlier because this means the summer's coming to an end once again. The pedestrian gates - which will allow a bike through - are only ever locked twice a year for a few weeks during the deer culls (in November and February). 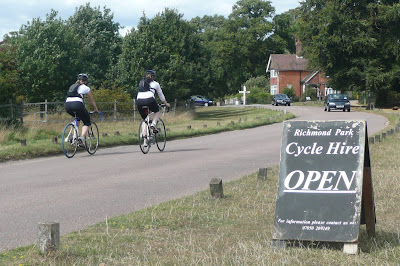 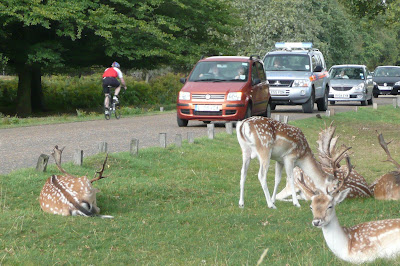 I've had close encounters with deer who were all but invisible in the gloom, until I was almost on top of them. I once caught sight of a stag in good time. He was standing right by the edge of the road. I hadn't however bargained for his antlers which were dangling right in front of me. Thank goodness for my bike handling skills. It could have been gory. 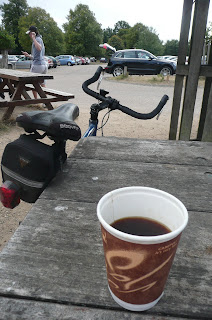 The park has everything you'd find on a long club run. Great scenery, cake and coffe stops and a few hills. Only they're in bite-sized pieces. And if you fancy something stronger than caffeine you can find the Roebuck pub and the best Thames view in London, just yards from Richmond Gate at the top of Richmond Hill.

I couldn't bear living in the capital without access to Richmond Park. I've done the Étape and ridden up the Izoard and Alpe d'Huez. They take preparation and planning - like deciding to go for a meal at a posh, expensive restaurant when you need to get the cash together, decide what to wear, sort out transport to and from the restaurant. The park represents instant gratification. It is to cycling what supermarket ready meals are to gastronomy - but in a good way. 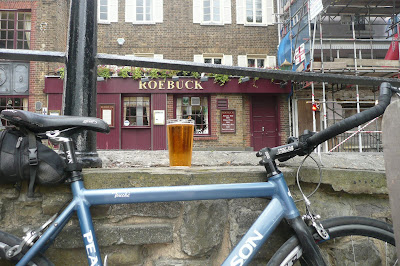