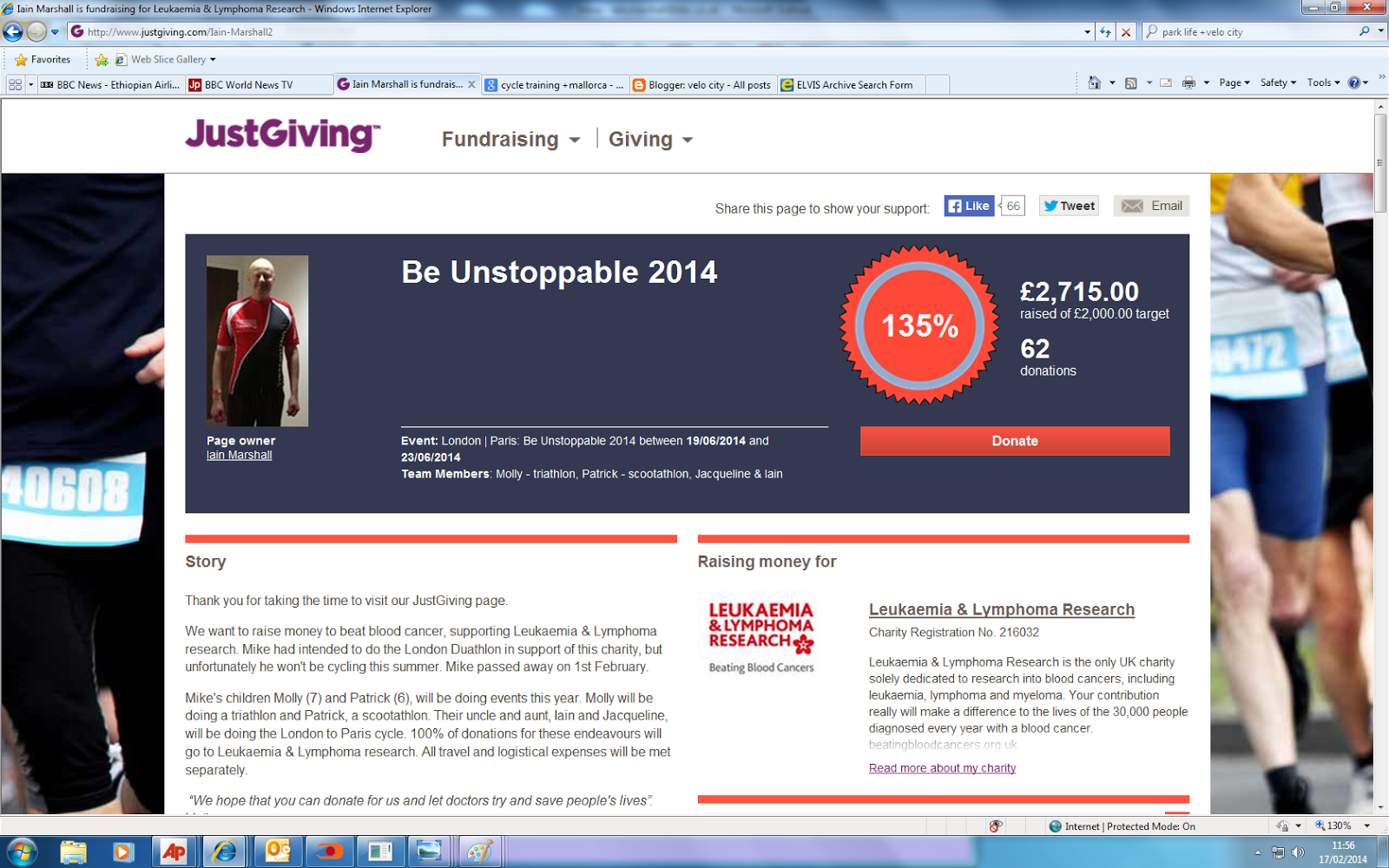 No huge explanation need﻿ed. My brother-in-law Mike died on 1st February after being treated for leukaemia for the previous ten months. He had been intending to take part in the London duathlon in September 2014 to raise money for Leukaemia and Lymphoma Research charity. Sadly, that will not happen now - but his young son and daughter are doing a triathlon and scootathlon. My wife and I are going to raise money by cycling with the charity from London to Paris this June.

You can donate money at http://www.justgiving.com/Iain-Marshall2