WHAT'S NOT ON THE BOX 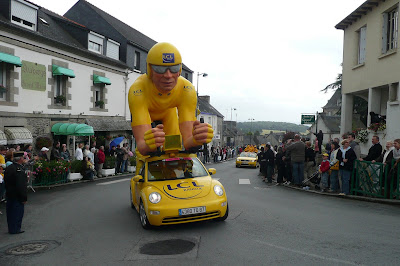 Tim Henman may have bowed out of the lawn tennis limelight, passing on the jinxed mantle of Britain’s best player, to Andy Murray. But Tim remains one of the most recognisable sporting personalities in this country. And he never even won Wimbledon. For all his years of tantalising failure, he enjoyed extensive TV coverage and media exposure. There’s nothing our sporting public warms to more, it seems, than a plucky underdog with a tendency always to fall at the last hurdle.
As 1966 slips deeper into the collective memory, similar points could be made about the home nations’ football teams in successive World Cup and international competitions. This year’s Euro 2008 tournament in Austria and Switzerland is a stark case in point. It’s a Brit-free zone.
You’d be wrong to take your lead from what’s on the TV and conclude that Britons are no good at sport. There’s one discipline in which our national squad stands head and shoulders above the competition - and that’s track cycling. But general public awareness of the home-grown, world-beating, cyclists in our midst is negligible. 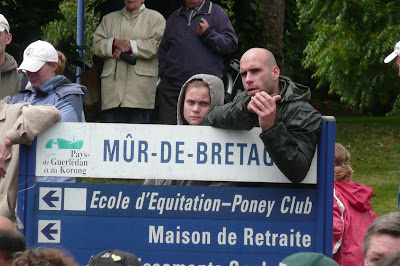 At the UCI Track Cycling World Championships in Manchester in March, riders; Victoria Pendleton, Bradley Wiggins, Mark Cavendish, Chris Hoy, Shanaze Reade, Rebecca Romero, Geraint Thomas, Ross Edgar, Edward Clancy, Paul Manning, Wendy Houvenaghel, Joanna Rowsell and Jamie Staff, wore a hole in the podium carpet as they trooped up one after the other to collect their medals. Team GB bettered their 2007 haul this year, with 9 golds and 2 silvers. While the feats of these outstanding stars were covered by the BBC on terrestrial TV; those riders, like Wiggins, Cavendish and Thomas, who’re also competing in professional road racing this season, will be completely invisible to non-satellite viewers - ITV 4‘s Tour highlights on Freeview notwithstanding.
I’ll spend much of the summer months, like last year, getting my live Tour de France coverage in text form, on the internet. Reading about race developments a few minutes after they’ve happened, is not the same as watching them live. Short of shelling out for a set top box, an unsightly wok on the side of the house and more TV channels than I will ever have time to watch; I see no alternative. 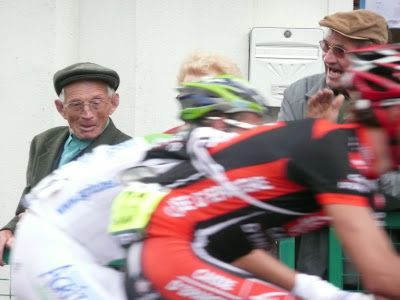 At least I can still sit back in prime time and enjoy seeing British tennis players NOT succeed at Wimbledon, or relish the spectacle of exclusively foreign teams battling it out in Euro 2008.
I shouldn’t moan. Football is the national game. You can’t argue with that. But when we make such a fuss about our lack of general sporting success on the international stage, why do we all but ignore the one sport in which our athletes are spectacularly dominant?
Cycling only has a niche following people argue. It’s only of interest to sweaty types in stretch Lycra who hold up the traffic by riding two abreast. Even if there is some unpalatable truth in that, who were the three million people who lined the roads of Kent and clogged up central London last year, to watch the Grand Depart of the Tour de France? They weren’t all in Lycra. 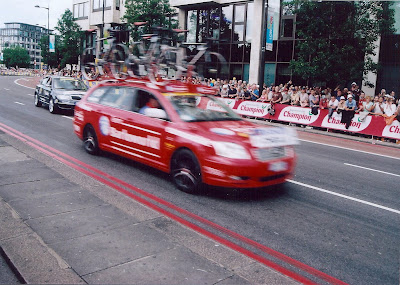 All cyclists are cheats is the common claim which people, with no interest in watching the sport, level at it. It’s no secret that continental bike racing has been dogged by drug scandals for much of its existence. But many believe a genuine corner is being turned. And British riders like Bradley Wiggins and David Millar are at the forefront of the new peleton of clean riders, who aren’t afraid to talk openly about the issues and compete without pharmaceutical help.
For the Worlds in Manchester, the organisers report a record turnout of spectators. They also say that a staggering 57 million TV viewers tuned in to watch the action. Granted, they were French. But just maybe the British TV schedulers and the press in general, have miscalculated. Maybe they just don’t get it and are missing a trick when it comes to cycling. 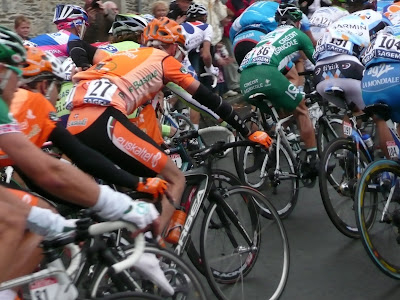 One British rising star at the moment is Manx sprinter, Mark Cavendish. He’s only been a true pro for a couple of years but has just rocked the peleton with a blistering performance in the Giro d’Italia which is one of the three toughest and biggest pro races. He won two stages and was guaranteed a third, only to ‘gift’ that victory to his team mate, Andre Greipel. He’s now being talked up as one of the fastest sprinters in the world - and is a hot favourite to take a stage at the Tour de France this July. Quite an achievement at just 23 years old. But if you ask random punters on your nearest High Street, the chances are they won’t have a clue who Mark Cavendish is.
With Tim Henman on the other hand... Well we’ve all heard of Tiger Tim.
Bradley Wiggins David Millar Mark Cavendish Tour de France track cycling UCI