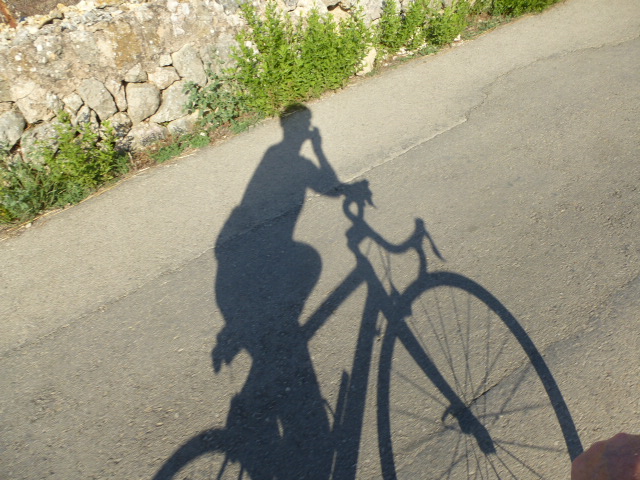 The ride from Port de Pollenca to Cap de Formentor - to the lighthouse indeed - is great training for  Ventoux. While it’s neither as long nor as daunting, it resembles the 'Giant’s' upper reaches because much of the Formentor road clings to the side of the hill, following the mountain’s contours, rather than zig-zagging in d’Huez-style hairpins. In this sense much of the route is a ‘mini-me’ version of the bald mountain’s most famous sections.

I tackled the lighthouse in mid-afternoon heat. As I reached the viewing area after the first climb, a call from Jackie came from the villa. Was I OK? It was hurling it down where she was. I looked back - the Pollenca villa being only a couple of kilometres distant - and could see an angry purple and black cloud hovering over the town. I could even hear claps of thunder. But where I was perched at the top of Col de la Creueta, the immediate sky was powder blue and would stay that way for the duration of my ride. 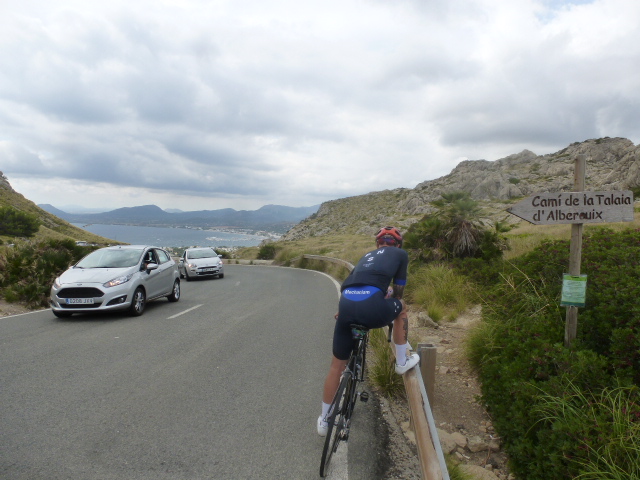 The sun also mimicked elements of the Provençal road, bouncing off the rock faces on either side, turning the Tarmac itself into an oven fit to bake cyclists in.

For me the worst part of the cycle is the middle section on the valley floor, where a false flat, which seems to go on endlessly, really sucks the life out of your legs. Give me an 11% uphill grind any day over that slow torture. This road takes you along the spine of the peninsula until you’re looking out on the sea at the other side of the spit of land and feeling the fresh breeze coming in off the waves. Time for more climbing.

The last section of ramps up to the vantage point from where you can glimpse the picture-postcard-perfect Formentor lighthouse through a gap in the serrated rocks, is a mixture of mini-Ventoux and alpine hairpins.

The main hazards are eager motorists trying to get to their destination faster than the road allows, wild goats and the tunnel. I had a back light clipped on for this moment and on the way up was able to remove my sunglasses as I climbed up through the murk. I gave myself a fright on the way back down, thinking I could zip through without removing the shades. Big mistake, as I suddenly felt I was in total darkness (the proverbial light at the end of the tunnel notwithstanding). As stopping wasn’t an option, I had to hold my nerve and my line, hoping I wouldn’t bounce over an unseen rock or hit a wayward goat. Not for the faint-hearted.

The last downhill is dramatic. You can see the lighthouse sitting on the edge of the land and as you sweep down the slope with cool blue sea dotted with white sails on your right, the wind can really buffet you - as it did me. It’s nowhere near the dreaded mistral of the Ventoux but it’s scary enough.
‘Carmageddon’ spoils the final approach somewhat. Sightseers queue up in their revving cars, waiting to be directed into the tiny car park. Ironically therefore the last (and therefore, first) part of this beautiful ride is reminiscent of commuting to work through the heart of London. At least it’s only for a few metres.

Of course the Formentor lighthouse is by no means the end of the road (although literally, it is). You have to turn - which I did after a ham and tomato baguette - and retrace your tyre tracks back to Port de Pollenca. It resembles the Sa Calobra ride in this sense - the only way out is back the way you came. Ventoux riders are spoilt for choice when it comes to routes up and down (just ask the ‘mad’ men and women of the Cinglés club).

There’s a 10% segment on the first kick back along the road. My Garmin measured 12% at some point. The best section. On the return - irony of ironies - is the same false flat which caused me so much angst on the way in. Of course now it’s not an upward incline but a gentle downward slope along which I notched up a top speed of 32mph.

Just after my harem-scarem transit through the darkness of the tunnel, I had to yell at a tourist who’d walked back into the middle of the road - right into my path - to get a better angle for the photo he was taking. He had cameraman’s tunnel-vision, appropriately enough.

Grinding up the last set of hairpins back to the viewing area, overlooking the bay at Port de Pollenca, my legs were starting to feel fatigued but I ground on. My reward? There’s a breathtaking vista on offer as you crest this final col. Blue sky, blue sea, hundreds of boats bobbing in the swell and the town’s buildings curving around the water’s edge.

It’s definitely a route I intend to pedal again, not least because most of my Garmin segments were slower than last year’s efforts!  If I’m hoping to tackle the bald mountain again in 2018, a few sessions of to-the-lighthouse will certainly stand me in good stead.

This lung-busting ride was brought to you; exlusively in the big ring! 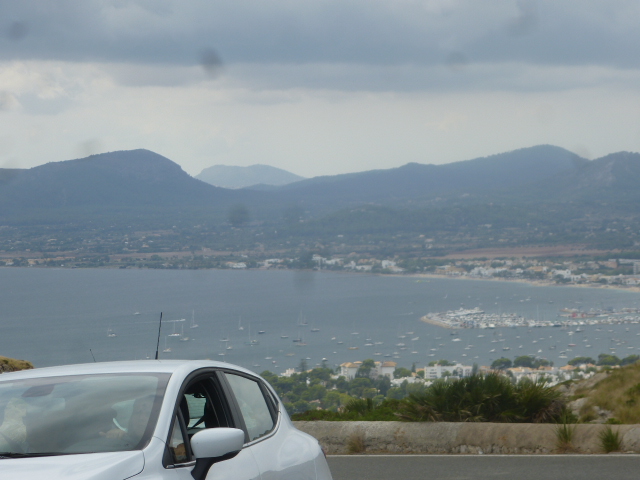