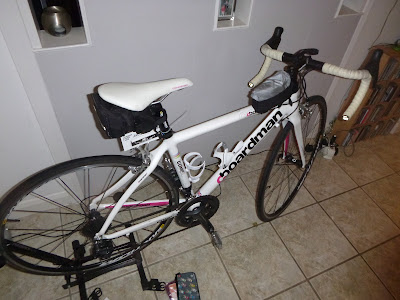 Maybe I’m showing my age but I’m not a fan of Hollywood blockbusters centred around improbable cape-wearing, underpant-flaunting, superheroes and their adventures.

Spiderman, Superman, Wonder Woman, the Hulk and their ilk, just never sparked my imagination. I find it impossible to suspend my disbelief sufficiently to enjoy films featuring these comic-book creations. A man who can fly in not much more than his under-crackers? Really!

The one exception is Batman. I grew up with the original, cheesy, 1960s TV series; the caped crusader and his sidekick Robin ‘KAPOWING!’ me into couch-potato submission every time they flickered onto the screen. As a small boy I wore a dish towel safety-pinned to the back of my t-shirt with pride. In those childhood moments I WAS Bruce Wayne’s crime-busting alter ego.

For some reason the recently-departed Adam West rendered his superhero oddly believable. That’s all in spite of the stilted dialogue, ludicrous plot, high camp shenanigans and naff costumes. Of course, Batman didn’t really have any single, identifiable, superpower (unlike Superman and the rest). He was basically just, ‘Good Cop’ – a very good cop.

Who’d want superpowers anyway? As I’ve found to my cost, actually having such an extra-special skill can make life a lot harder – particularly on the bike. Yes, I have a superpower!

It took a while to dawn on me that I already possess a supernatural ability, although it’s not mine to exercise. It’s unwittingly conferred upon me by the many careless London road users whom I encounter as I commute to work on two wheels. Thanks to those twitchy black cabbies, SUV-swervers, inattentive door-openers and tunnel-visioned HGV drivers, I realise that I have the power of INVISIBILITY.

The phenomenon of drivers not noticing cyclists on the road is so common (anecdotally) that there’s even a phrase with which they try to cover themselves: SMIDSY (“sorry mate I didn’t see you”). This is small consolation when delivered just after you’ve narrowly survived your latest near-death experience.

The thing about cyclists’ ability to become invisible is that it’s a superpower over which the cyclist has no control. I have found myself suddenly invisible in countless different scenarios; vehicles turning left across my path without indicating; taxis u-turning in a hurry; cars deviating from their line to avoid an obstacle without (God forbid) checking their side mirror first; drivers entering a roundabout when they don’t have right of way; motorists blithely joining the road ahead despite my proximity and cars stopping far too close to the bike at traffic lights. I could go on. And on.

There are more subtle incidences of cyclists vanishing into thin air, like Harry Potter donning his cloak of invisibility. In central London in particular, many pedestrians think nothing of dipping a brogue into the gutter in preparation to crossing the road, just as I’m about to barrel past them.

Is it my bike-related paranoia, or is it actually the case that nine times out of ten, when I stop at a pinch point to let an oncoming vehicle come through, that the driver neither waves acknowledgement, nor shows any sign at all that they saw me, unclipped and waiting courteously for them to pass? As a driver, I know I would always proffer a cheery wave of the hand as I went past in such a situation.

I suspect many drivers take risks with bikes in the frame that they would never contemplate if it was another motor vehicle involved. Along with SMIDSY maybe we should add IJAC (‘it’s just a cyclist’). When such drivers see a bike ahead of them, all bets are off. Forget the Highway Code, these drivers could do just about anything when in IJAC mode. We cyclists at these moments, become true second class citizens of the road.

If this sounds like my victim complex talking, let me qualify. Drivers are not the only villains. Some cyclists believe themselves that they are invisible for all the wrong reasons (in as much as they hope no-one sees them and reports them to the police) – when pedalling on the pavement, crashing through a red light, cycling the wrong way up a one way road etc… and many drivers are courteous and considerate (maybe they’re secret bike riders).

Returning to superpowers. I’ll never be anything like a Marvelesque or DC Comics superhero on the bike. Anyway, a cycling superhero could only ever be the ‘rain-caped crusader’ which somehow fails to conjure up the right kind of swashbuckling,  skyscraper-leaping, image. But the next time an inattentive lorry driver relies on the SMIDSY defence after instigating a near miss, there’s only one response, courtesy of Adam Wests’s Bruce,”QUNCKKK! POWIE! ZWAP!”

When venturing out on the bike, there’s no need for ridiculous tights, external ‘under’-garments, a mask or a cape. Everyday cycling kit will do. But employing a superpower or two while at the mercy of passing traffic could be a life-saver. I’ll go beyond having ‘eyes in the back of your head’ (useful but limited) on that score. If you really want to cycle safely around the city, without relying on others actually noticing you and treating you as a fellow road-user, you need to be in possession of an ability much more potent than invisibility. You need 360 vision.