High-end cycle clothing firm, Assos, has an intriguing tagline in its advertising, “Sponsor yourself”. The reference of course, is to the tradition of commercial companies backing professional cycling teams. Firms of every hue from hearing aid manufacturers, to lotteries, cement-makers and even a controversial UK fracking company (who took up a contract with what was team Sky) at one time or another have given their names to pro teams. One quid pro quo of the deals made between cyclists and these organisations is that the team kit will be emblazoned with company logos, turning each rider into a human billboard on wheels.

What the firms get in return for – bankrolling much, if not all, of the team’s operation – is exposure. It’s no coincidence that on crossing the finish line of a grand tour stage, the victorious rider invariably sits up in the saddle and makes sure his or her jersey is zipped right up to the neck. This ensures that the winning team’s sponsor gets their logo flashed across the world’s TV screens, as the cyclist’s arms are spread out in celebration. The efficacy of this kind of advertising and reach, cannot be underestimated.

By buying replica team kit (a vice with which I have had my brushes in the past – just look in the bottom of my wardrobe) we are effectively paying for the privilege of offering these companies free advertising. Hence the Assos twist. They are saying, buy our kit, which is not plastered in marketing logos, and you are therefore sponsoring yourself, rather than some multi-national tyre-maker, or camera-manufacturer, or state lottery, or surgical instrument supplier, to name but a few strictly fictional examples. Granted there is some Assos branding on their jerseys and shorts but it’s minimal and subtle. Their gear is exceptionally well-made and long-lasting. My Assos arm-warmers are still going strong after more than a decade of frequent use (including Alpe d’Huez, multiple ascents of Mont Ventoux and four London-to-Paris rides).

Let’s not be too po-faced about the naff commercialism of pro-jerseys however. If cycling is not funded somehow, cycling fans would have nothing to watch during July and the rest of the season. And there have been some really spectacular pro-team jerseys. La Vie Claire channelling Mondrian in the medium of Lycra. Brioche la Boulangere – no prizes for guessing that this team liked cake. And the blue and white confection of Fassa Bortolo, forging an unlikely partnership between road-racers and cement-making – while still looking gorgeous. One of my personal favourites was Euskaltel Euskadi – ostensibly a Basque telecommunications company – whose pro team disbanded in 2013. Their vibrant, in-your-face orange kit reflected their region’s roots and there are efforts under way to revive the partly-government-funded team in the top ranks of cycling. I valued their jersey as a great choice for commuting in London, as the high-viz colouring was hard to miss.

There are also many retro classics, which never lose their appeal. Step up Eddy Merckx resplendent in the muted, burnt orange of the iconic Molteni Arcore top. The firm behind the name was an Italian salami maker based at Arcore near Milan. And then there’s St Raphael. This was worn by the first five-time Tour de France winner, Jacques Anquetil. He and his team mates were advertising a French aperitif invented in the 1830s, each time they pulled the garment over their heads. 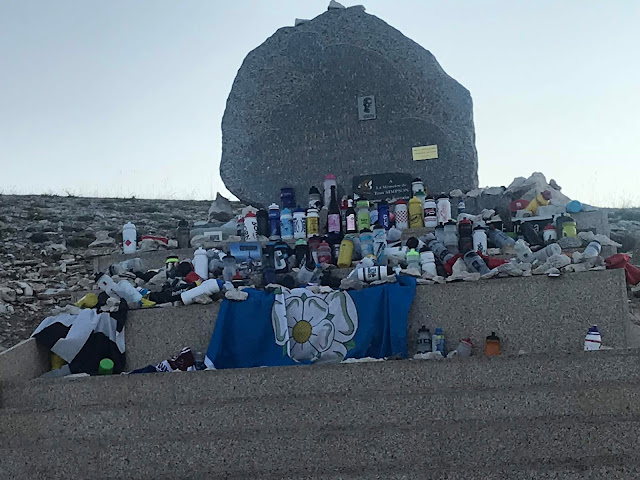 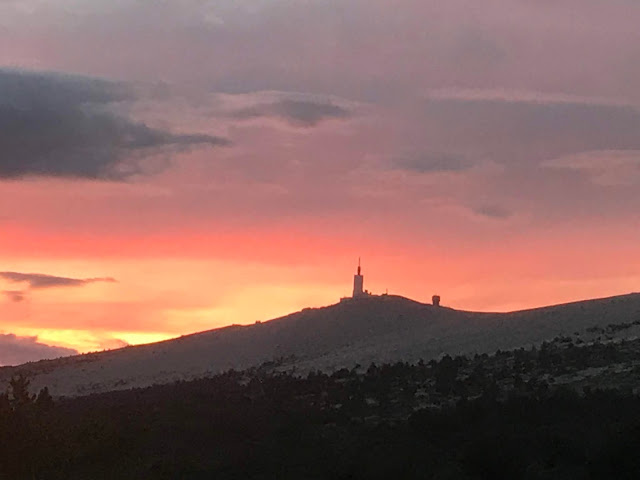 Britain’s own cycling legend, Tom Simpson, rode for a team whose top has become instantly recognisable, decades after it graced his shoulders. He wore an uncheckered version of the Peugeot jersey on his last ever ride on the slopes of Ventoux on 13 July 1967. The story is well-known. Simpson succumbed to the intense heat in sight of the summit. And, not helped by the amphetamines in his system, he died shortly after falling off his bike. The checked incarnation of the Peugeot top is more well-known now than that worn by Tom Simpson on the Giant of Provence that particular day. The jersey’s strength is its simplicity relying on just black and white to make a really bold statement. 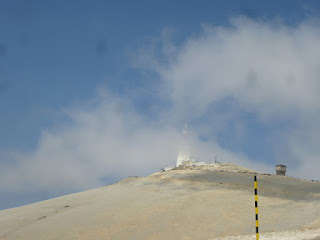 I’ve gone through a prolonged phase of wearing such garments on the bike. For my shame, Discovery Channel (and before that US Postal) kit sits in my cupboard. I gave Lance Armstrong the benefit of the doubt over his systematic doping for longer than most. I also have a Credit Agricole shirt, one from Europcar (inspired by the Tour antics of Tommy Voeckler), a Garmin Sharp jersey (remembering David Millar’s return to the peleton after his doping episode), and An Post (with a nod to the Irish hard-man, Sean Kelly).

Like most fads, this has passed. I have now taken the Assos credo partly to heart and publicise only one thing. But it’s not myself and it’s not a commercial retailer either.

In memory of my late brother-in-law and in the knowledge that I’m advertising a charity rather than a profit-generating product, I’ve been wearing exactly the same type of cycling kit since Mike’s death after being diagnosed with leukaemia in February 2014. 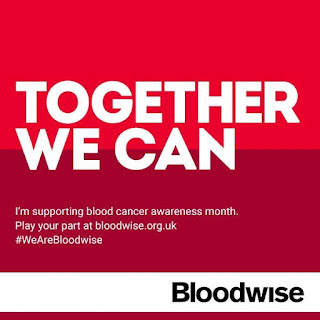 Bloodwise is Britain’s foremost blood cancer charity. It has devoted finances and research effort to alleviating the impact of leukaemia and lymphoma - and finding a cure - since 1960. Blood cancers are the third biggest killer in the UK and there are 137 different types of the disease.

My brother-in-law lived with acute myeloid leukaemia for just under a year before he died. He underwent a bone marrow transplant (from an anonymous donor in the US) which tragically did not lead to him recovering.

On the night of the stem cell transplant, we gathered in Mike’s hospital room and I gave him a gift of a Leukaemia and Lymphoma Research cycling jersey which he modelled on the spot. LLR (which would rebrand to become Bloodwise) was in our minds because Mike had come into contact with some doctors who were carrying out LLR-funded research into blood cancer.

We had also been talking a fair bit about cycling. Mike was able to use the physio’s static bike on the ward. On a spell at home he went for a spin on his bike in nearby woodland, with me jogging in his wake.

Mike suggested that night that should we ever do any kind of fund-raising event, it should be in aid of LLR (now Bloodwise) and should probably involve pedalling. Then the fateful idea of riding from London to Paris was formulated by my wife. And before many days had passed, the pairs of us were signed up for LLR’s four-day ride to the French capital.

This was about the time that I stopped wearing Fassa Bortolo, or Euskaltel, or Europcar gear on my bike-commute. Those jerseys have been consigned to a dark corner. They are no longer functioning garments. They have become exhibits. Now I only ever wear Bloodwise jerseys and shorts, of which I have a plentiful supply, thanks to our multiple London-to-Paris exploits. 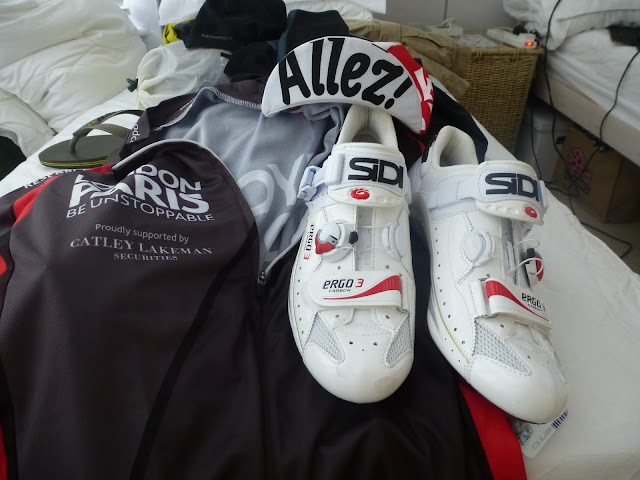 We did that first 300 mile ride in June 2014, just over three months after Mike passed away. For each day’s ride we were given a fresh Leukaemia and Lymphoma Research cycling jersey. The charity also sold cycling gear from its online shop, so when it was back to work in London, I had ample charity gear to wear on my journeys to and from the office.

We’ve done the ride three times more, by which time the LLR charity had morphed into Bloodwise. I easily have enough Bloodwise kit to continue commuting in it until I’m too old to turn a pedal.

I hope it raises awareness. My work colleagues see me walking to my desk with the Bloodwise logo splashed across my chest every day. I have been approached in the changing rooms and been given unsolicited cash donations. Countless people comment when they read what my shirt has written on it. A woman in Mallorca approached us as we sat at Tolo’s bike café in Puerto Pollenca and recounted how her husband had had leukaemia. Before she left she handed us twenty euros to put towards our Bloodwise fund-raising.

So, I’m quite happy to forego the thrills of wearing pro-team replica kit in mimicry of those cyclists to whom I look up. Neither will I follow the full Assos method and sponsor myself. No, if I’m going to be a human billboard, it won’t be to fill up someone else’s bank account. I’m going to make sure it means something much more important. 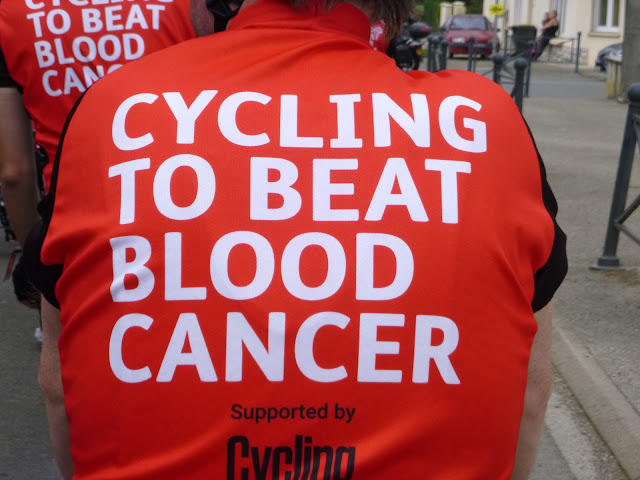