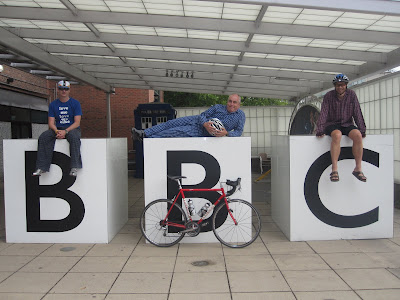 Sleep, evidently, is for wimps. That must be why Dave Abbott is going to finish off a week of 11 hour night shifts at BBC News, by cycling all the way from London to his home in Hove, BEFORE hitting the sack for a well-earned slumber. 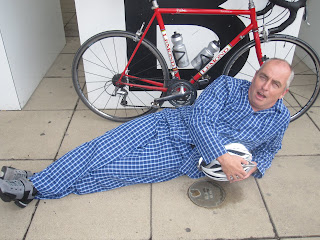 I will spin along to provide moral support along with Tim Oakley, although only Dave will be pedalling off after doing an entire night's work. 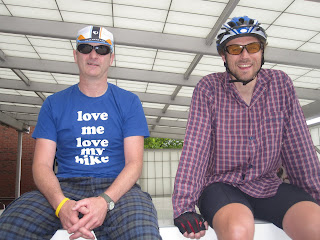 It might be legitimate to ask why anyone would want to ride 60 miles on busy roads - the equivalent of the London to Brighton bike ride, plus a bit extra, with no proper sleep for a week . And here's the answer: 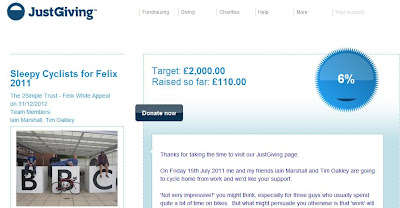 We're doing this to raise funds (see our Justgiving page) for Felix White, a hugely brave six-year old boy who, two years ago, was diagnosed with Neuroblastoma, a particularly aggressive cancer that can come from out of nowhere and spreads like wildfire through the body. In the two years since he and his family found out, Felix has had numerous operations to remove tumours (most recently from his brain) and more courses of radio and chemotherapy than anyone should have to endure, let alone a child who's barely started school. 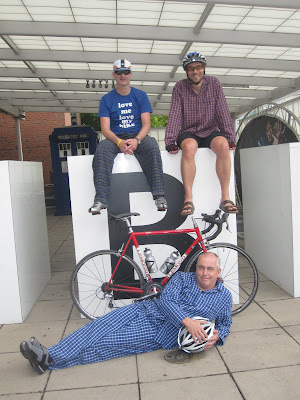 After a long journey of care that's taken him from Hove to the Royal Marsden to Great Ormond Street and then to Germany, Felix is currently receiving treatment at The Children's Hospital in Philadephia, in the United States. Progress is being made, but of course without American medical insurance available the bills are mounting up.

What is truly amazing about Felix is that with every single setback he's encountered, he bounces back immediately - he's become wise beyond his years in the process and is an inspiration to all who meet him.

Whatever pain and exhaustion we three might suffer on that Friday after work, it will be nothing compared to what Felix has gone through over the past couple of years. It is to celebrate his determination to beat this horrible disease that we'll be testing ourselves on the day.

We hope that you'll find it in your hearts (and wallets) to support them in whatever way you can.
With huge thanks from David and Iain and Tim. 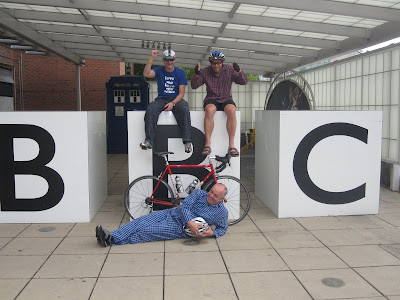 For more information on Felix's appeal, and a diary of his family's journey so far, please have a look at http://www.appeal4felix.com/ - it's amazing what they've all achieved - thanks!

garry said…
We are a group of volunteers and starting a new initiative in a community. Your blog provided us valuable information to work on. You have done a marvelous job!