IT'S ALL ABOUT THE BOOKS 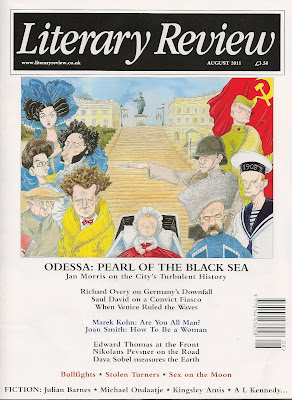 Professional cycling is deeply rooted in the written word. All three grand tours - Spain's Vuelta, the Giro and the Tour de France itself - were created to boost flagging sales of newspapers.

In Italy it was La Gazzetta dello Sport that instigated the Giro d'Italia in 1908. John Foot, in Pedalare, Pedalare! A History of Italian Cycling relies heavily on the contemporaneous writings of Gazzetta journalists and others - dubbed 'the second peleton' - to add context and colour. Tracing the sport's transition from a heroic pursuit practised by riders from largely rural backgrounds at the start of the twentieth century to what he denigrates as the current 'moribund farce' in which riders pump 'their bodies full of... dangerous substances in order to win', Foot argues that Italian cycling's past - when the sport resonated on multiple levels with large sections of the population - is where its true heart and soul still reside. 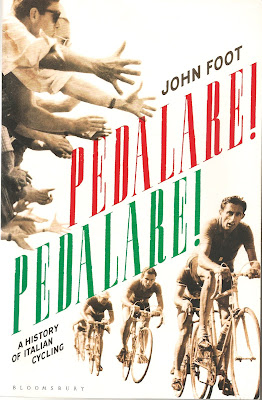 What reader could resist delving into that past, after being led by the author, at the start of the book, into the interior of ex-professional rider Renzo Zanazzi's modest Milan bar? It's decked out with photographs and memorabilia from the golden age of Fausto Coppi and Gino Bartali, when Zanazzi himself raced. Foot says the bar is like 'a lost world, a piece of cycling mythology', and he proceeds to take his readers on a journey through the ages of Italian cycling and its wider history, as if travelling in Zanazzi's 'time machine'.
Italy was once a major producer of bicycles and the handiwork of some of its best manufacturers is included in Michael Embacher's luxurious Cyclepedia: A Tour of Iconic Bicycle Designs. 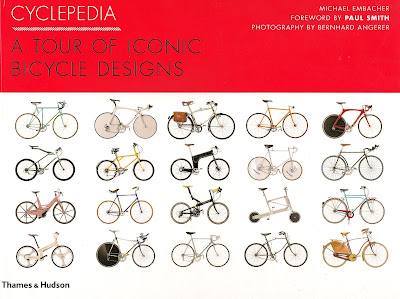 It's a coffee-table book aimed squarely at bike nuts. If you don't see the attraction of drooling over pictures of a bicycle with right-angled cranks, a tandem with side-by-side saddles or a 'convenience' cycle that takes an hour to fold up, then Cyclepedia is not for you. But if you're not ashamed of high-end bike erotica, the book will not disappoint. 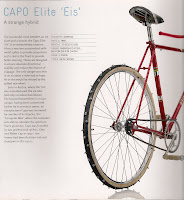 The author says he's ridden all the bicycles in the book - no mean feat when you consider the Austrian-built CAPO Elite 'Eis', which boasts an ice skate instead of a front wheel and a rear tyre studded with metal spikes. Many of the machines featured are now curios rather than realistic riding options. It's hard to imagine anyone wanting to go for a spin on the elegant KIRK Precision, with its fatal design flaw - a frame cast in highly-flammable magnesium. The manufacturer's factory actually burnt down after magnesium dust in the air spontaneously combusted.

It's not surprising that Bella Bathurst, the author of an acclaimed book on the engineers behind Scotland's lighthouses, should turn her attention to one of the world's most significant feats of engineering: the bicycle. The first section of Bathurst's The Bicycle Book is devoted to her initiation into the 'magic plumbing' and 'alchemy' of traditional frame-maker David Yates's craft. 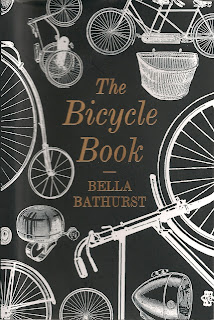 But this is no dry manual on spot welding. Bathurst also wants to celebrate 'the straightforward childlike joy in riding a bike, the urge to yell, "Whheeee!" on the way downhill'.

She ranges widely, covering the rickshaw jams of Delhi, the cycle-friendly roads of Holland, the life and times of Flying Scotsman Graeme Obree, and the world of bike messengers. Bathursts's research is solid. But she is also very strong when observing events at first hand. At the Earls Court Cycle Show she imagines that most of the men eyeing the exhibits 'have a private life on their laptop full of tubular things they'd like to stroke'. It's impossible to dislike The Bicycle Book when it quotes from the mighty Flann O'Brien's Third Policeman. It's doubly difficult to criticise a bike book that manages to include in its bibliography a history of the Victorian corset.

In her chapter of the Tour de France, Bathurst describes professional cycling as 'the day job of masochists'. One professional cyclist who knows all about suffering is the Scot, David Millar. A world-class time triallist and now a super-domestique in the self-avowedly 'clean' Garmin-Cervélo squad, he may not be this country's best ever rider, but he's by far Britain's most intriguing cyclist.

A cursory glance at the front of Racing Through the Dark: The Fall and Rise of David Millar signals that this is no ordinary memoir. 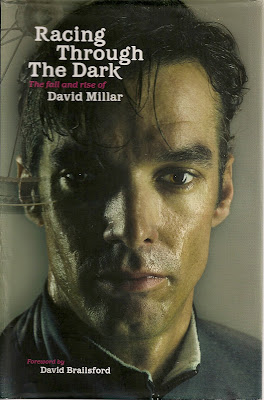 His face, sheened in sweat, stares out from the book's jacket suggesting a junkie in the throws of cold turkey rather than an athlete in prime condition.

In a uniquely candid account - to which only Paul Kimmage's Rough Ride comes close - Millar wastes no time in declaring, 'I am a professional cyclist, an Olympic athlete, a Tour de France star, a world champion - and a drugs cheat. And I want to start again.'
It's ironic that Millar was strongly attracted to the sport of road cycling because 'winning wasn't really everything. It appeared to be as much about panache as about winning.' In the event, the elusiveness of wins as he raced exhausted, against so many doped opponents, pushed him into the arms of thos who facilitated his own cheating.

This is an extremely rare first-hand account of what drugs and doping have done to the sport of cycling over the last two decades. Millar writes about his own redemption with total disregard for the omerta that has meant cyclists never talk about the issue. Millar has talked, eloquently, and is still - post doping ban - winning honours at the highest level, by riding his bike clean, with plenty of panache.

Cycling, as evidenced by these four books, is absolutely not just 'all about the bike' (to misquote Lance Armstrong). It's a sport, a pastime, and a passion, rich in stories that are thrown up like spray from a wet road wherever bicycle wheels are spinning. 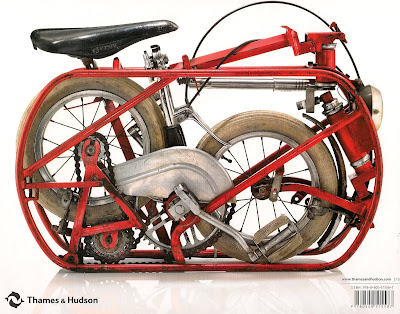