THE MOTHER OF ALL PUNCTURES


Working on the edge of the Olympic Park for the duration of the London 2012 Olympics forced me to more than double my bike commute. My leisurely 9 mile jaunt through Richmond Park and across Hammersmith Bridge, turned into a 20 mile slog along the Thames embankment, past Big Ben, round Trafalgar Square, on to the City via St Pauls and along the Whitechapel Road.
A 40 mile round trip every day was going to do wonders for my fitness but could the bike and the nerve hold out?

I thought it prudent to invest in new tyres and give my ageing Trek a bit of a once over before starting this new commuting regime. I didn't want to end up 15 miles from home, late at night (my shifts finished at 0200) - scrabbling under a street light outside the Blind Beggar pub trying to deal with a flat tyre. It took me no time at all to strip off the old Continental Gatorskins which had served me well for at least two years! Once I'd fitted brand new Armadillos, I put the wheels back on the frame and started inflating with my track pump. 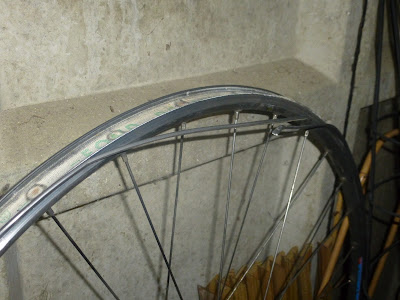 The resounding crack, of the wheel popping was like the report of a rifle. I cursed the cheap inner tube, thinking it had burst under the 80psi I'd applied. But closer inspection showed that a long section of the wheel rim itself had blown and ripped outwards. It looked like a tiny, internal explosion had destroyed the wheel. That's precisely what had happened.

Exploding wheels are a common occurrence apparently. That's according to the guy in the bike shop. Letting the wheel rims wear down to the thinness of a cigarette paper often results in loud bangs, heralding the disintegration of the wheel's structure.

Luckily my single speed bike was on hand, replete with new back wheel and tyres, so I did my epic 40 mile commutes on a bicycle without gears.

The ride through London from west to east, is reminiscent of the New York City Marathon, which takes runners on a mesmerising tour of the Big Apple's five boroughs. The run from the leafy avenues of Kingston upon Thames, to the gritty bustle of the Mile End Road offers snapshots of several distinct versions of the capital.

The city's rich diversity is most apparent in the east end where I cycled past hedonistic, teenage night clubbers at one am, swilling alcohol on the pavement, snogging each other and staggering noisily about. As they indulged themselves in summer revelry, I also pedalled past crowds of men in Muslim dress, emerging  from East London Mosque, heading for street-side eateries, where the late night Ramadan trade was in full swing. The tantalising aromas - reminiscent of kebab stalls on the streets of Khartoum, Cairo, Marrakesh and Istanbul - nearly caused me to stop for a quick snack more than once.

Sprinkled amongst all this local traffic were the visitors. Official Olympic cars stuck in gridlock (full-on traffic jams at two in the morning), Olympic buses no doubt taking sleepy security workers off for some much-needed rest, Olympic tourists strolling past the worshippers and the revellers. And everywhere you looked on street corners, at night bus stops, coming out of 24 hour groceries, were 'gamesmakers'; the much-lauded 2012 volunteers in their purple livery who had done so much to embody the spirit of the Olympics, out on the streets, as well as inside the official venues. 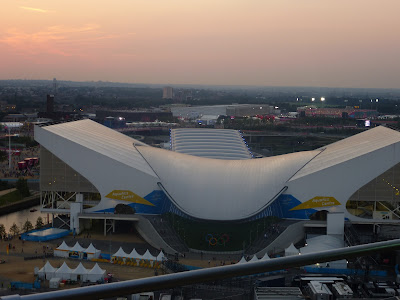 The Olympic Park looks truly amazing - not least from the vantage point afforded by our work location. Let's hope the velodrome, the stadium and the landscaped areas still look this good ten years from now. 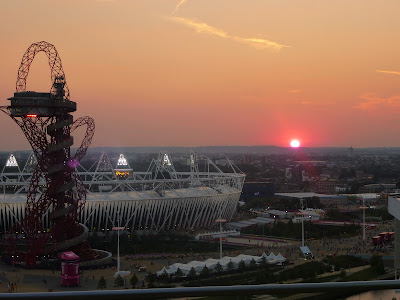 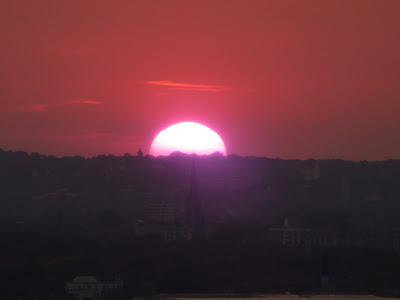